15 stops around the country.

Canadian folk trio The East Pointers have announced an expansive Aussie tour to go hand in hand with their brand new album, Yours to Break, which comes out today.

The outfit’s third studio album was produced by Grammy Award-winning songwriter Gordie Sampson and features a slate of musically complex hits. Compared to their folk-filled back catalogue, Yours to Break has a greater focus on technical bass lines, flamenco elements and groovy dance-party vibes, perfect for an Aussie audience.

“When writing the new album, we would say, ‘will the Aussies dance to this one?’. If the answer wasn’t an instant ‘yes’ we fixed it,” said band member Koady Chaisson.

The East Pointers will be supported by Laura Hyde and/or Gold Member on stops along the way. In addition to their headline tour, the three-piece have locked in spots on festival lineups throughout the country, including Woodford, Port Fairy and Fairbridge Folk festivals.

Check out The East Pointers’ national tour dates below:

Tickets to The East Pointers’ national tour are on sale now via the band’s website. Their latest album, Yours to Break, is out now. 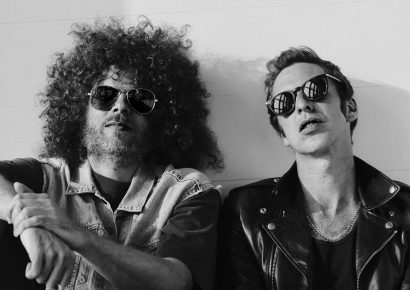 Stop everything, Wolfmother and Jet have teamed up for a brand new track