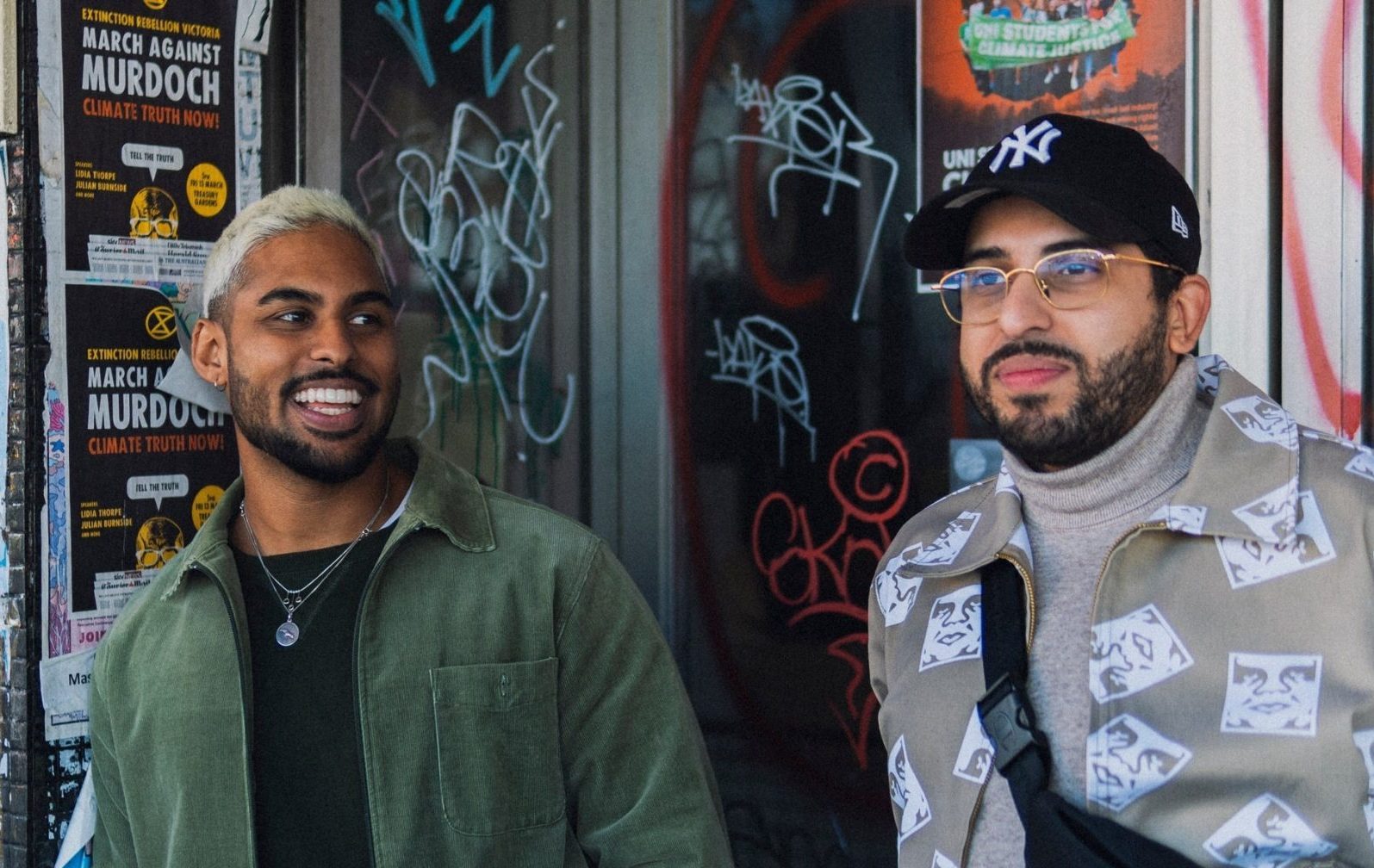 It’s safe to say that the music scene is a crowded marketplace. Talented musicians all across Melbourne sit in an awkward crevasse, wary of their potential but unable to gain the attention they desire.

It’s music’s perpetual concern and one where the glaring limitations of supply-meets-demand creates a low umbrella.

That’s where ON3 Studio comes in, the new Melbourne music development and discovery collective set to reinvent the wheel, providing a creative home for emerging artists of all backgrounds and interests.

When I spoke to the budding masterminds behind the collective, Aman Bayatly and Kishnel Chand, their excitement was palpable. The interview felt like more of a conversation, a discussion of sorts about the market gap the duo intend to fill.

It felt like a chat between mates, something which Bayatly and Chand will look to champion – ON3 Studio will be more than just an artistic body, it will be a community for like-minded creatives to come together.

Both from culturally-diverse backgrounds themselves, ON3 Studio sprung from a culmination of life happenings for Bayatly and Chand.

A refugee of strong ethnic roots, Bayatly has been a music enthusiast since a young age and taught himself how to mix and master by the age of 17. From there, his love for music strengthened – he’s since worked in A&R, as a promoter and as a creative director for music projects such as Adrian Eagle’s ’17 Again’ film clip.

Chand went to eight different schools growing up and was constantly on the move. Throughout his life, he’s repeatedly been asked to adapt, change and be persistent. He’s also travelled the globe, lived in Mexico, Canada, Brazil and Italy – learning five languages in the process – and stands as a bonafide music lover himself. Chand brings his own astute perspective to the project.

Through all of Bayatly and Chand’s experiences and consequent ambition, they feel as if something’s been missing on the local music scene – an absent conjunction between cultures and talent.

“When we [Chand and Bayatly] come back to Australia and see this beautiful palette of different cultures, this multiculturalism,” Chand says. “You can go anywhere in Melbourne and find any sort of food you want, from any country in the world almost.

“We would always come back to Melbourne and think, ‘This is amazing and we have all the potential to create this exchange of different cultures and create our own creative influence and bring all these cultures together’, but for some reason we felt there was always a little bit of a gap.”

While Melbourne has Music in Exile, the local music enterprise that’s supported the immeasurable talents of Gordon Koang, Ausecuma Beats, Elsy Wameyo, among others, as well as a multitude of independent record labels that specialise in their own genres and interests, there’s still a proportion of the music community unaccounted for.

With an intrinsic leaning towards hip hop, R&B and neo-soul, ON3 Studio will be a place for emerging names of all genres to come and express their talent, while connecting with other artists on the same creative trajectory.

As Chand came to realise the opportunity before him, he had a chance encounter with Jerome Farah, the Jakubi band-member who’s also the producer for Baker Boy, KIAN and the aforementioned Adrian Eagle. Farah is also turning heads with his own solo project, having released two strongly-received singles to this point.

“Randomly one day I bumped into Jerome and I was just talking to Jerome in the same way that we’re having this conversation now. And Jerome just froze in the middle of the conversation and he goes, ‘Bro, promise me you’ll get in touch with this guy, Aman’.

“So I message Aman and Aman hits me back straight away,” Chand says. “And then I’m like, ‘I think it’s time that we meet’ … so I meet him at the studio [Next Level Studios] and literally from that moment, we were inseparable.

“[At that point] we could not come up with how we were going to approach the situation – we’re like, ‘Let’s throw small events and things’, but we’re missing the whole service side, like how can we really serve and put on workshops and things.”

To this point, Bayatly had been working with Indigenous hip hop talents at Brunswick’s Next Level Studios. Across the next year, the two would come together at the studio to engage in regular meetings as they refined the concept of what would eventually become ON3.

But then crisis struck and suddenly Next Level was in jeopardy. From there, Chand and Bayatly sprung into action.

“One day – a month into lockdown – Aman calls me up in tears and says, ‘Bro, they’re trying to get rid of the studio, they want to shut it down because both of the owners are having a dispute’,” Chand continues. “So from that moment, after every idea that we’d thought of, he came up and said, ‘We have to save the studio. Let’s do this’.

“It was the most ridiculous idea because this is a huge project but for some reason it felt right. This studio had been the safe space and creative outlet for so many people including myself, Aman, a lot of Indigenous artists had gone through there – a lot of artists had smashed out hits in that creative space.”

So ON3 Studio was born. What will eventuate as a video platform, website, blog and event collective over the coming months as we slowly transition out of COVID-19, the hope is for ON3 to be its own physical studio where Next Level sits today on Victoria Street.

To cut the ON3 ribbon, the studio have prepared a special music video that in itself looks to promote and foster Melbourne’s local community (which can be watched earlier in the article). As part of the clip, Farah performs his new single, ‘Mikey Might’, live from beloved local coffee haunt, Ray’s Cafe – a place which Farah holds near and dear.

It’s the first in a series of music videos from ON3 Studio that will bring out the best in artists and the hospitality hotspots that make Melbourne the cultural juggernaut it is today. It’s only fitting that the clip spotlights Farah, the very person who first united Bayatly and Chand; someone who’s proved equally influential to the ON3 vision.

For Aman Bayatly and Kishnel Chand, ON3 Studio is more than just a creative enterprise, it’s a vision for the future of Melbourne music.

We’re about to see a new revolution in artist development. Are you ready?

ON3 Studio officially launches at midnight on Friday September 4. Hit up the website when the project goes live. Check them out on Facebook and Instagram too.