“He’s got a total blind spot”: The Greens are pressuring Scott Morrison to support our creative industries 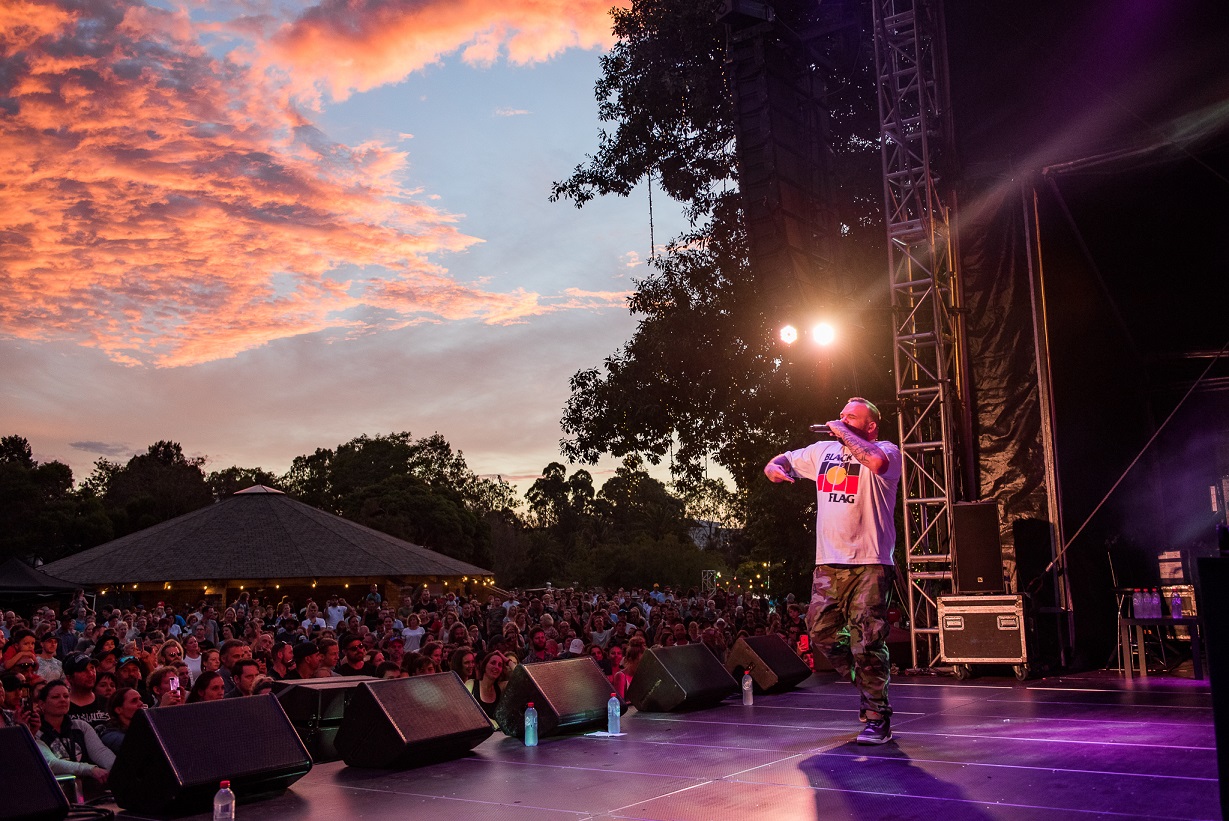 Greens Senator Sarah Hanson-Young is petitioning for a targeted stimulus package to prevent permanent damage to the arts and entertainment sectors.

“The Morrison government doesn’t value the jobs of artists as real jobs.”

This is Australian Greens Senator for South Australia and spokesperson for the Arts, Sarah Hanson-Young’s consensus for why the federal government still hasn’t announced a targeted package for the arts and entertainment sector, despite its critical state as a result of COVID-19 restrictions and shutdowns.

The Greens have been calling for targeted stimulus and support for the creative industries since March, yet despite their consistent demands, these sectors are still being left out in the cold.

“[The Morrison Government] really don’t understand the arts and entertainment industry, it doesn’t fit into an easy business structure that they understand,” explains Hanson-Young. “It’s far more complex and much more of an ecosystem than they’re used to dealing with.”

“You hear the Prime Minister talk about sports and the importance of sport, but he never speaks about the importance of arts or creativity. He’s got a total blind spot. He doesn’t see it, he doesn’t value it, I don’t even think it comes into his thinking,” she adds.

The Arts Industry is essential – not just for our cultural expression, but in the jobs it also creates in tourism and hospitality. That's why we're calling on $1b to help keep the industry alfoat and people in jobs. Will you help us take this message to the government, save the arts industry and suport creative Australia? [Link in bio] #coronavirus #covid19 #covid_19 #auspol #savethearts #ilostmygig #ilostmygigau @sarah_hansonyoung

In addition to contributing $112 billion to Australia’s economy each year, the arts and entertainment industry is integral to the nation’s cultural and social fabric. It was one of the first sectors hit when COVID-19 restrictions began taking effect and it will likely be amongst the last to enter a recovery phase.

Tired of the Prime Minister’s inaction, the Greens launched the Re-Create Australia plan, a stimulus package that looks to inject $1 billion into Australia’s festival, music and live performance sector through a grants fund as well as launching a $300 million program that would see an Artist in Residence at every school and library across the country.

Hanson-Young is spearheading a petition to put pressure on the Morrison government to support the plan which has amassed 2,664 signatures at the time of writing.

Not only is the Morrison’s dismissal of creative workers short-sighted in that it undervalues their work, but it ignores the flow-on effect the arts and entertainment industry has on other sectors such as tourism and hospitality. Hanson-Young warns that without a targeted arts package, these sectors will all suffer the consequences.

“There is not the money on the table to keep the industry going during this period and the lag time to get back up and running, it’s going to be long without any assisted and targeted support,” she says. “The economic impact is going to be huge and it’s going to have ramifications beyond just the hundreds and thousands of artists that are out of work.

“Without a targeted package, we’re going to see less money in the economy, less stimulus, which means more jobs [lost], more unemployment, and a very, very sluggish return to ‘business as normal’.”

Hanson-Young also points out the problem with simply telling impacted creatives to seek government aid through the JobKeeper or JobSeeker allowance. The nature of how most arts and entertainment workers operate means that they are not able to access JobKeeper, while JobSeeker is merely a band-aid that fails to address the underlying issue causing such high rate of unemployment and doesn’t provide a long-term solution.

“These are jobs, they deserve to have a response from government that considers it as an industry and just having individual workers go onto JobSeeker will, at the end of the day, have a bigger impact on the economy and a bigger impact on everyone; every tax payer and every consumer.”

Memo to @ScottMorrisonMP
Arts jobs are real jobs!
The arts & entertainment industry needs support to save jobs too! pic.twitter.com/1fGR6NW8Zu

When bushfires devastated our country across the recent summer, it was Australia’s creative community which stood up and took action to raise money for the services on the frontline and the thousands of individuals impacted. And now that they desperately need the government’s help, they aren’t seeing that support reciprocated.

“We know that Australian creatives are often the first people to be there to help in the middle of a crisis,” says Hanson-Young.

“Even in the midst of this pandemic when artists’ livelihoods have been absolutely ripped apart because of restrictions, venues closing, cancellations of gigs or festivals or film shooting, despite all of that it’s still been Australian artists and entertainers that have been keeping us sane and making us feel like we’re still connected and together during the lockdowns.”

“I think fundamentally, the Morrison Government cabinet is full of people who don’t believe that arts jobs are real jobs, and that’s the problem.”

Find out more about The Greens’ Re-Create Australia plan and sign the petition here.