A decade on, Newton Faulkner is as steadfast as ever He may be ten years into the music game, but Newton Faulkner is still as hungry as ever to perform in front of live audiences.

His recently released 31 track double album, The Very Best of Newton Faulkner…So Far, includes fan favourites such as ‘Dream Catch Me’, ‘Write It On Your Skin’, and ‘Clouds’, in addition to brand new songs – all showcasing Faulkner’s brilliance as a songwriter.

Faulkner will bring his dynamic acoustic guitar-pop back to our shores after delivering standout sets at last year’s Bluesfest and national headline shows. But it hasn’t all been smooth sailing for one of this millennium’s most successful singer-songwriters, with a notable hiccup of reluctance at the starting line when he was still in high-school.

“I started in music unwillingly,” Faulkner laughs. “I had three friends at the time. Two of them played guitar, one of them played drums. They said to me, ‘We’re starting a band, if you still want to have friends, you’re playing bass’. I bought my first bass on a Monday morning and was playing my first gig the next Friday.

“I started to get interested in the different sounds a guitar could make. How I could isolate the percussive elements of the guitar and distort them, and layer that so the kicks and snares had a bit more punch. Then I started singing and it all came together.”

That early friendship-ultimatum eventually paved the way for Faulkner’s breakout double-platinum debut, Hand Built By Robots. Reaching those heights so early in his career taught Faulkner a lot of handy life-lessons to do with success and happiness, which have likely shaped him into being the humble and easy-going person he is today.

“I’ve had two number one albums, but they only last a week so I don’t get too excited,” he says. “It’s quite a sad realisation. The first album did well and loads of people appeared and were like, ‘Hey I want to be best friends,’ and I was like, ‘Oh cool, I love best friends.’ Then the second album didn’t do as well, it was number three.

“At that point, a whole bunch of people completely disappeared and I was like, ‘Oh that’s interesting, they’re probably just busy, they must be busy people.’ Then the third album came out and went to number one and guess what, they all immediately re-appeared. I was like, ‘Oh, okay, it’s all bullshit’.

“The most successful people I know are not the happiest, by any stretch of the imagination. It’s about friends and love, and basically anything other than work. Work helps, and I think it really helps to have a job you love doing. But to be honest, if work is the most important thing in your life, something is missing.”

Faulkner’s album also features newly minted covers, which he has become somewhat renowned for. Live versions of iconic songs such as ‘Bohemian Rhapsody’, ‘No Diggity’ and ‘Send Me On My Way’ are all given an exemplary Newton Faulkner re-work.

“I grew up on instrumental guitarists, people like Tommy Emmanuel – musicians that do amazing arrangements of pre-existing songs. Covers are an interesting challenge and working out my own covers has never scared me. If you make covers different enough, and you do enough with them, they’re just quite fun. I never want to do something that sounds like the original.

“I’m really happy with where ‘No Diggity’ landed. It landed in such a weird space. I ended up with my favourite noise I’ve ever heard – a kind of weird robot-funk dance.” NO ZU, Drunk Mums and Private Function locked in for NinchFest 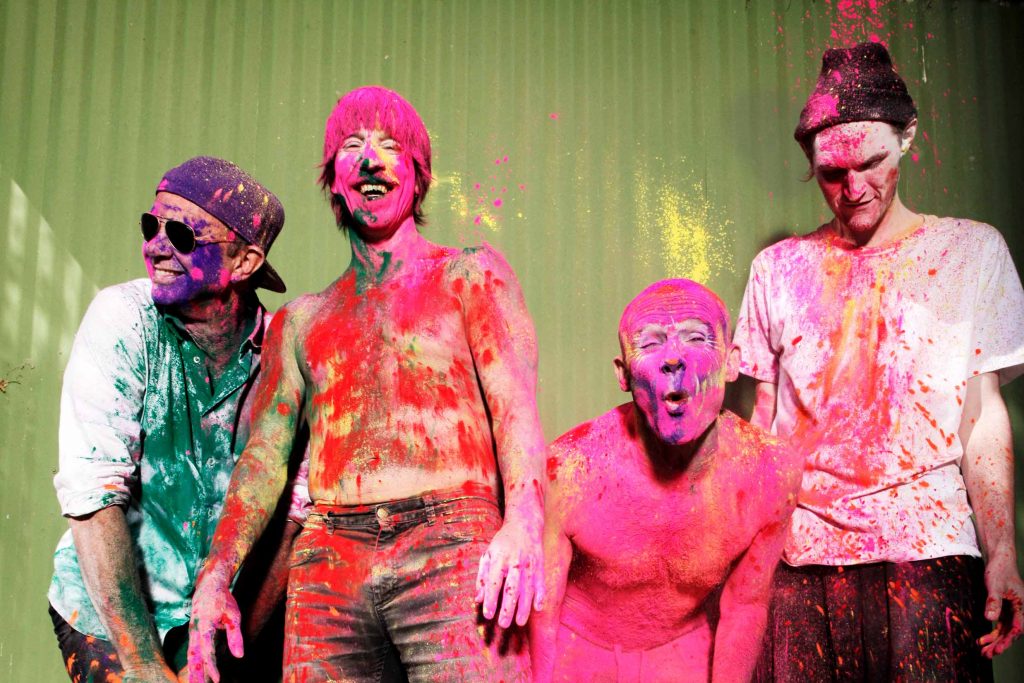