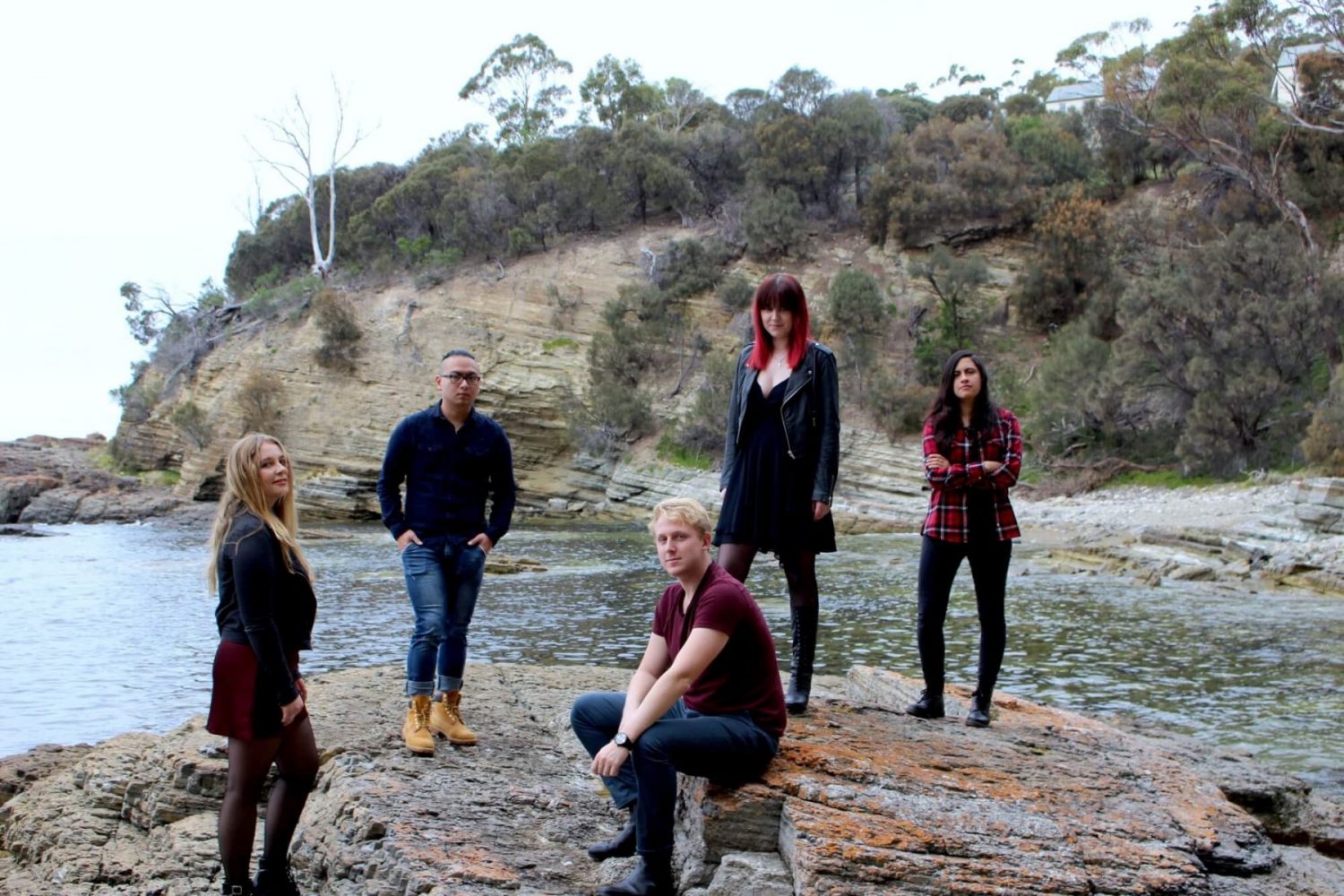 The five-piece rock outfit tackle the black dog with their debut single.

Hobart-based rockers She Walks Through Dusk have delivered their debut single ‘If You’re Silent’, a poignant depiction of depression and faltering faith drawing sonic influence from the likes of My Chemical Romance, Queen and The Pretty Reckless.

Inspired by the heavy metal and rock greats that have come before them, ‘If You’re Silent’ sees She Walks Through Dusk pitting introspective, dark lyrics against melodic riffs and heavy rock instrumentation.

The single explores mental health through a captivating narrative depicting someone left questioning their faith as depression digs its claws in.

“I think I’m 90% excited and 10% terrified,” said songwriter and vocalist Imogen Duske of releasing the single. “This song’s important to me, so it feels like I’m baring my soul”.

First forming in 2018, She Walks Through Dusk cut their teeth as a duo comprising Duske and keyboardist Amelia Kohl before the pair recruited James Milner on drums, Katherine Diaz Robayo on lead guitar and Ryan Patrick on bass and guitar to flesh out a heavier sound.

After frequenting stages across Tasmania with their new lineup over the past two years, the five-piece have finally released their debut single.

Listen to ‘If You’re Silent’ below.

‘If You’re Silent’ is out now. For more from She Walks Through Dusk, visit their Facebook page.